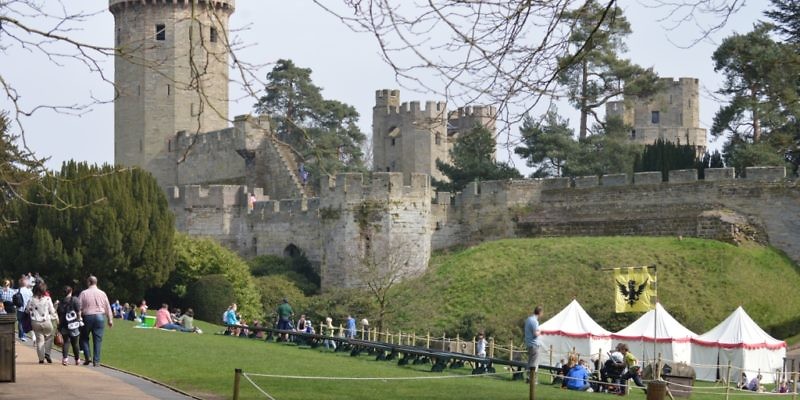 Dominating the landscape in the town of Warwick, England stands one of the UK’s grandest of Britain’s Medieval Castles. 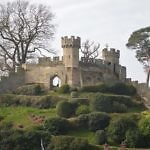 Beautifully restored and renovated yet keeping all its original architecture the castle and grounds are open to visitors year round to explore this unspoiled haven of history. Unlike many castles in England, Warwick is almost entirely accessible to viewing by the public. From the grand country manor house to the deep dungeons with their historic and gruesome past, everything is on display and virtually nothing is off limits, with the exception of the precious and delicate artifacts on display. 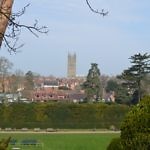 The original castle was first established in 1068 when it once stood constructed in wood. It was only some 100 years later that the conversion to stone began. Over the centuries after ownership changes hands many times with each king, earl, count and countesses adding their own extensions and additions whilst modernising as technology advanced over time. In the early 17th century, the castle being mostly abandoned by military use and in a state of ruin, was renovated to include the addition of the grand and hugely reinforced country manor house which still stands today. 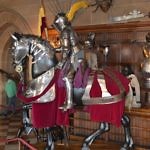 Seeing its fair share of conflict throughout the centuries it military and royal owners sought to create an impermeable structure and therefore improvements were continuously being made to thwart any advancement in the enemies armory. Evidence of this is clear throughout and some areas of extension still reveal the original foundations they were designed to further fortify. 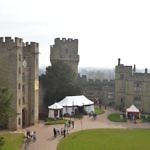 Now however, the moat is dry and the castle as it stands is a increasingly popular tourist attraction. In fact it is not only recently the public has had an interest in viewing the secrets of the past hidden within. Over the last few centuries during times of peace, various owners have sought to seek income from the inquisitive public and visitors from all over the world have been reported paying to gain entry.

A guide to the current Warwick Castle attraction:

Entering through the original Stables courtyard which now house the ticket sales and one of the many restaurants, admission is gained into the almost 700 acres of gardens and grounds that surround the main castle. Lined with ancient trees and beautiful flower beds, paths wind their way around the grounds leading the way between the selection of attractions, picnic areas and stalls selling treats and drinks. 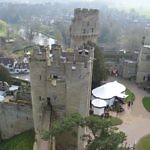 Entrance to the courtyard is made passing through one of the original castle entrances where you will be met by entertainers and displays. It is from within the main courtyard area where access is gained to the Country Manor House wing displaying artifices and exhibits depicting its past. Entrance is also available to he Warwick Dungeons with tours at regular intervals. 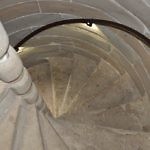 One of the more popular attractions is the ability to freely walk around and within the castle walls and towers gaining and insight to what is was once like for soldiers and archers that once rallied thought he tight stairwells and corridors to defend the Castle. 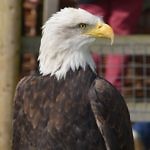 Throughout the day the castle has a program stacked full of shows, exhibitions and displays including jousting, birds of prey, archery and examples of traditional craft, building and cooking skills. Warwick castle really is a full on family day out for children and adults of all ages. Throughout the year the castle often hosts special late opening nights and events such as around Halloween and Christmas.

Tickets are available in several different formats with a basic Family ticket through to a fully inclusive passes including entrance to exclusive exhibits and attractions. Being part of the Merlin Entertainment Group those with annual Merlin Passes can gain entry as part of their package.

Tickets are available from the official website: Warwick castle.